August 27, 2021
On 8/28/2021, CWolf, leader of the USP Secret Service will be on trial by TSOA. Judge Pixy once again will decide the fate in the courtroom. CWolf was first caught acting in a criminal manner when he was slashing tires of Ben Dover, a TSOA citizen, and businessman, whom they also threatened his business. The second incident was when intelligence was provided through individuals close to CWolf. This caused an investigation, in which CWolf leaked information regarding targets, plans, and more. His intention was to forcefully take control of the USP.
TSOA at the current time has seized multiple vehicles from CWolf and the Secret Service until the trial is over. Unlike the last case, in which Greg, ex-president of the USP was in court, where TSOA had limited evidence, and was on a tightrope the entire trial, TSOA has piles of evidence against CWolf, from witnesses, images, and more.
TSOA will continue to investigate and bring cases against corruption within the USP, as the USP recently has not been able to filter corruption on their own.

Popular posts from this blog

April 19, 2021
A request was made by the TSOA Council for [ REDACTED ] reasons, and the TSOA government has released the following document, which has gone through the redaction process to suit the public. Document
Read more 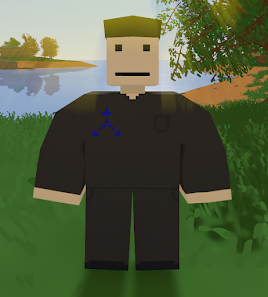 The first TSOA uniforms have been experimented with for government and military uses on 3/17/2021.
Read more

lennyfsix
Hello, my name is lennyfsix. I run many communities online! The Sovereignty Of Atlas is one of these communities, a nation formed around the game "Unturned", with discipline, respect, and a friendly environment. Head to lennyfsix.com to learn more!